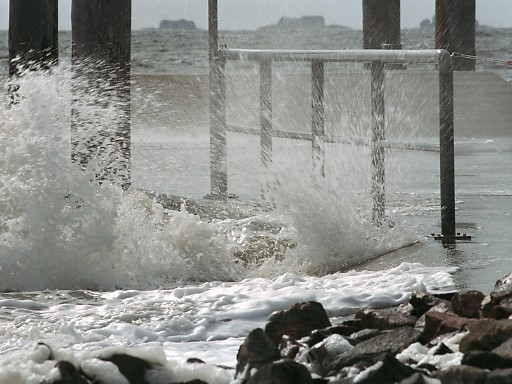 On Hallig Gröde the sea is not far away. Even if the wadden sea normally looks flat and calm, high tide and a little bit of wind will change that and quickly remind you of the natural forces.

The holm is (almost) completely surrounded by a stone brink, but this one is only as high as the water level with normal high tide. There is no dike protecting from storm tides. With high tide and wind coming from the right direction, the sea will spill over the brink as can be seen here at the jetty on the west side. Of course, real “Landunter” wasn’t on the agenda during our stay in May, this typically happens during the autumn and winter storms. 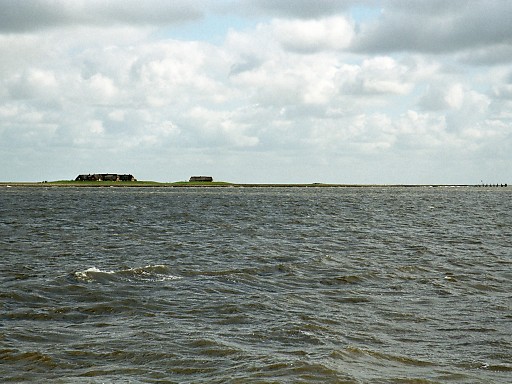 But let’s start at the beginning … after a short trip with the MS Rungholt, Hallig Gröde appears into sight as a thin line on the wadden see with the prominent dwelling mounds and houses, which are already visible from the mainland.

Seen from the see side, it appears to be a very small speck of land, which has to brave the rough North Sea. Actually, it is 277 ha of land, grown together from the old holms Gröde and Appelland, so the correct name for the living place of currently 17 inhabitants is Hallig Gröde-Appelland. Which by the way is the smallest municipality in Germany.