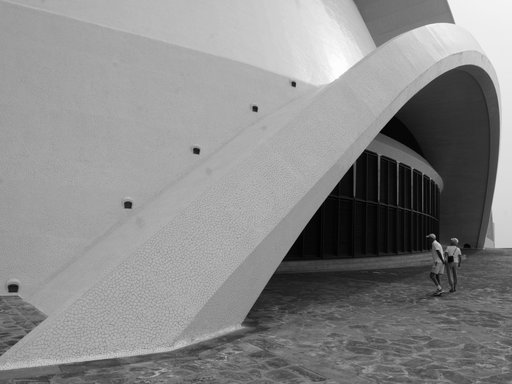 Not only the landscape, but also some buildings attract tourists.

Somewhat outside the busy center of the capital Santa Cruz, the Auditorio de Tenerife can be found, more a monument than a building, directly at the sea. But once the building enters your field of vision, you won’t look out over the sea. What’s this building, a – most likely English – couple of tourists was asking. Well, it’s a concert hall, but one of a kind! More images can be found in the new album page Auditorio de Tenerife.